Like our work? Arrange a meeting with us at our office, We'll be happy to work with you!

We are always looking for new talents and we were expecting you. Time to apply, buddy!

An icon on the 21st-century stage, the Tana Quartet has won international acclaim for their versatility, exploring everything from Beethoven to the cutting edge of today’s composers. 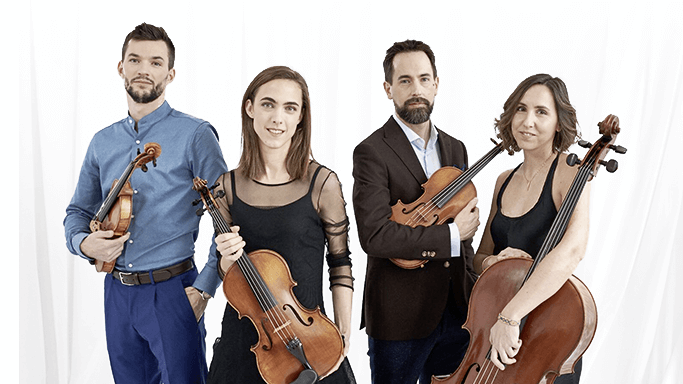 Hailed as “impeccable players” (The Guardian), the Tana Quartet approaches music of different eras and aesthetics with equal intensity, creating a new tradition that links past and future. Tana has appeared at prestigious festivals and concert series worldwide, including Philharmonie de Paris, Barcelona’s Palau de la Musica, Vienna’s Konzerthaus, Villa Medicis in Rome, Darmstadt, and Wigmore Hall. The quartet has been honored with numerous awards such as the Union of Belgian Composers’ Fuga Prize, an Octaves de la Musique for contemporary music, the Coup de Coeur of the Charles Clos Academy, and an HSBC Award at the Festival d’Aix-en-Provence.

Since its founding in 2010, Tana has been committed to promoting contemporary music in all its diversity and seeking out collaboration with composers. The quartet has consistently acted as a champion of new works, having premiered over 250 pieces by leading composers such as Ivan Fedele, Philippe Hurel, and Hèctor Parra; they have been crucial advocates for the saturist movement, working closely with Franck Bedrossian, Raphaël Cendo, and Yann Robin, whose works are featured on their album Shadows. The quartet has released thirteen albums, including Seven, which comprises Philip Glass’s complete works for string quartet and was recognized by Classica magazine as a “best album of 2018”; and most recently, Bleu Ébène, featuring the complete string quartets of David Achenberg.

Tana’s devotion to collaboration extends to research, including partnerships with IRCAM Paris, Grame Lyon, GMEM Marseille, ArtZoyd, and Centre Henri Pousseur. The quartet co-designed hybrid electroacoustic instruments in collaboration with composer Juan Gonzalo Arroyo, a groundbreaking contribution to electronic music. Their album Volts, featuring new works for these instruments, was acclaimed as marking “a landmark in the history of the quartet genre” (classiquenews.com).

Dedicated to education, the Tana Quartet is regularly invited to give masterclasses at institutions such as the Conservatoire National Supérieur de Paris, University of California Berkeley, and Shanghai Conservatory. In 2018 they co-founded ARCO, an annual contemporary music academy for young composers and performers, in partnership with the Salzburg Mozarteum, GMEM, Ensemble Multilatérale and Les Métaboles.

Tana believes in extending and equalizing the reach of the arts. The quartet has designed two outreach programs to deliver engaging musical experiences to new audiences: Music Far and Wide brings the quartet into atypical venues, from supermarkets to hospitals; and One-Day Orchestra gives participants of all ages the opportunity to immerse themselves in the creative process.

TANA is supported by…

Tana commissions numerous new works each year with the support of SACEM, and has given more than 250 world premieres since its founding. A string quartet for the 21st century, Tana juxtaposes fresh interpretations of beloved masterpieces with brand-new works by living composers.

In 2018, Tana co-founded ARCO, an annual summer academy for young composers and performers. The quartet has given masterclasses at the Conservatoire National Supérieur de Paris, University of California Berkeley, and Shanghai Conservatory, among others. As teachers, they follow in the footsteps of their own mentors, Walter Levine, Eberhard Feltz, and the Jerusalem Quartet.

The Tana Quartet has partnered with leading music research centers including IRCAM, GRAME, GMEM, and the Centre Henri Pousseur. In 2015, together with composer Juan Gonzalo Arroyo, they created hybrid TanaInstruments that play electronics directly through their bodies rather than through external speakers. New works for these groundbreaking instruments are featured on their album Volts.

Tana aims to reduce the distance between audience and performer by creating immersive, participatory programs. Music Far and Wide brings live music to places often neglected by traditional tours, including rural towns and unexpected venues from grocery stores to hospitals. One-Day Orchestra gives participants the opportunity to immerse themselves in the musical creative process: learning about instruments, improvising, composing, and performing a final concert with the quartet. 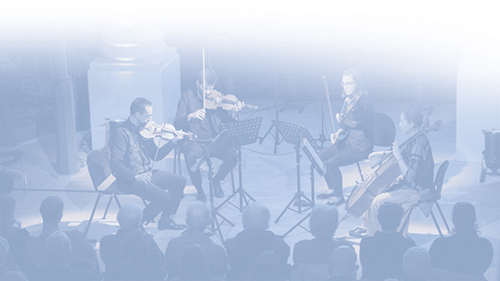 Bringing music into unexpected places to make culture accessible for all. 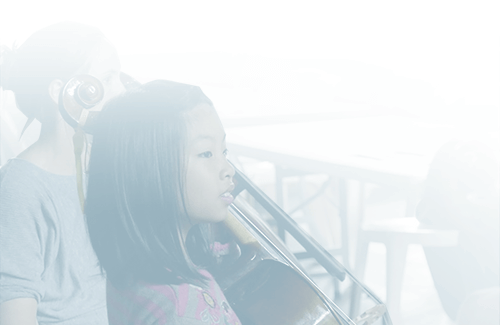 The Tana Quartet’s first priority is to create immersive concert experiences that engage the imagination and emotions of listeners – all listeners. According to violinist and founder Antoine Maisonhaute, “We realized that music and culture were out of reach for many low-income individuals and those in rural areas. Additionally, young people sometimes imagine a string quartet as something serious and even abstract. We needed to shrink the distance between ourselves and our audiences. So we started questioning our relationship with listeners and trying to find another way. As artists, we are making connections on a local level, finding what speaks to people, even through contemporary music. It is essential to connect with people.”

To this end, Tana designed Music Far and Wide in 2018 to bring performances to unexpected places. Through this program, the quartet travels to retirement communities, hospitals, and even grocery stores to create musical bonds with new audiences.

Soon afterward, One-Day Orchestra was born, bringing listeners into the process of musical discovery through hands-on creative work. Over the course of a single day, participants experience every step in creating and engaging with new music, just as Tana does year round. This program brings individuals together to listen, learn, and be inspired. 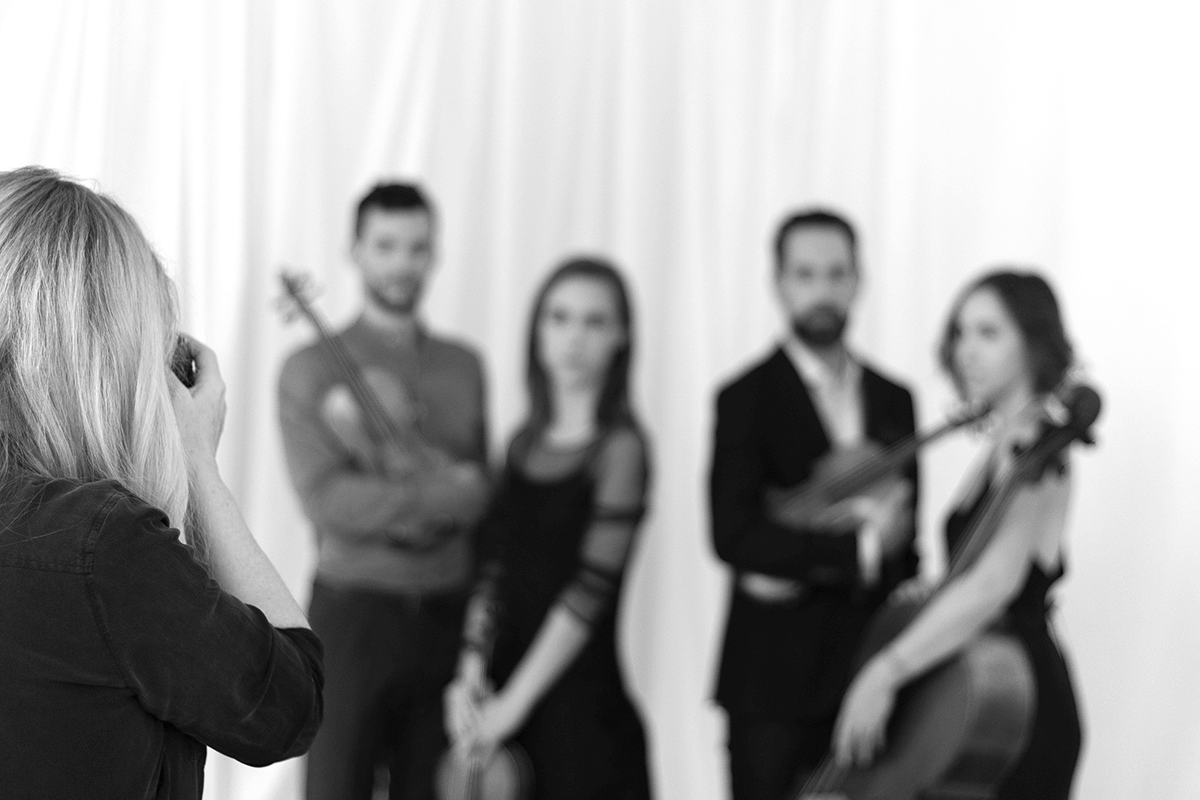 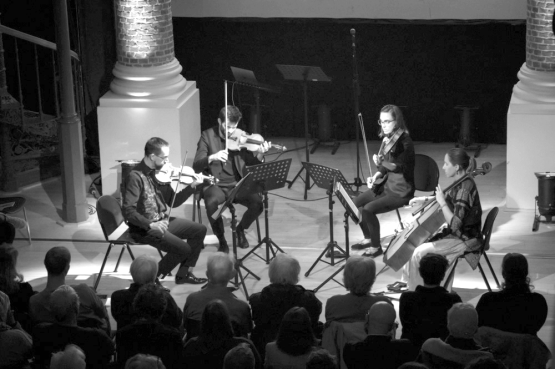